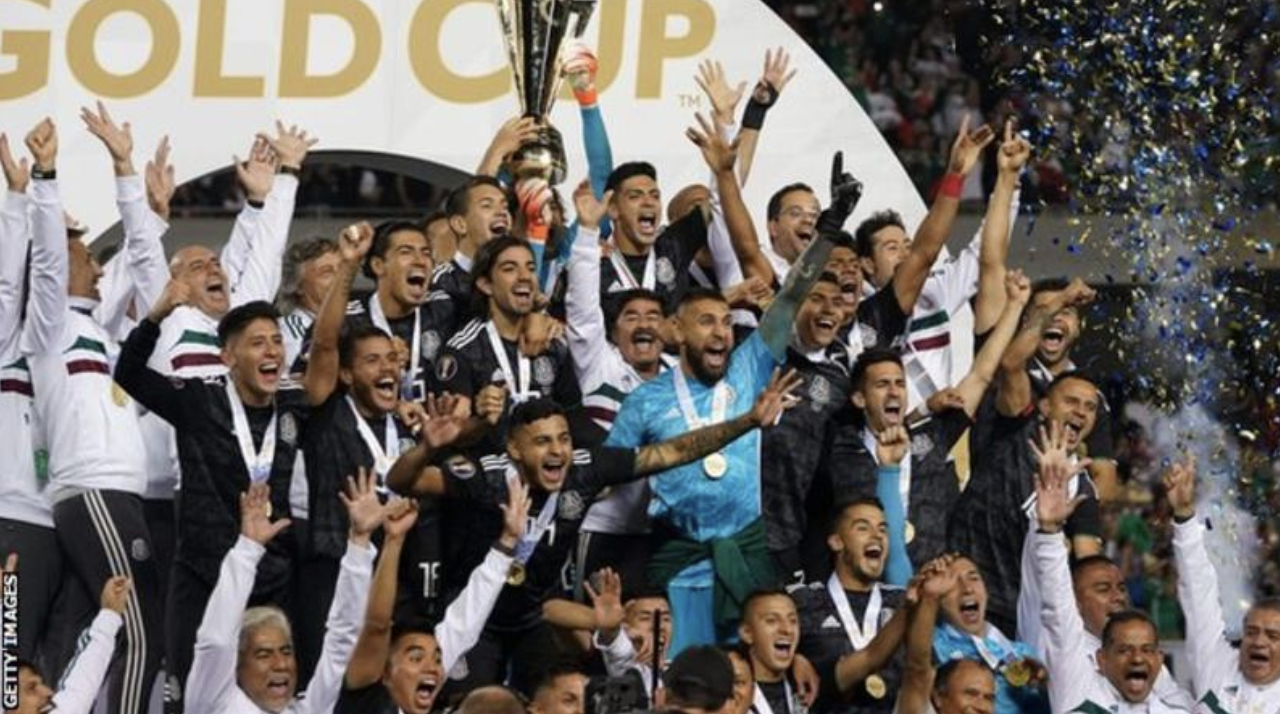 Mexico won the Gold Cup for the first time since 2015

LA Galaxy midfielder Dos Santos latched on to a smart Raul Jimenez back heel to fire in off the bar in front of 62,493 fans at Chicago’s Soldier Field.

Christian Pulisic had a good early chance but US boss Gregg Berhalter said Mexico were the “better team”.

“I think we lacked some calmness and composure,” said Berhalter.

“When you talk about a step the team needs to take, we’re close but we weren’t there tonight.”

The Gold Cup, referred to as the Concacaf Championship before 1991, crowns the continental champions of North America, Central America and the Caribbean.

Mexico now have 11 wins in the tournament’s history, five more than the US, who claimed the biennial tournament in 2017.

“This was what we came here for,” said Mexico’s Andres Guardado. 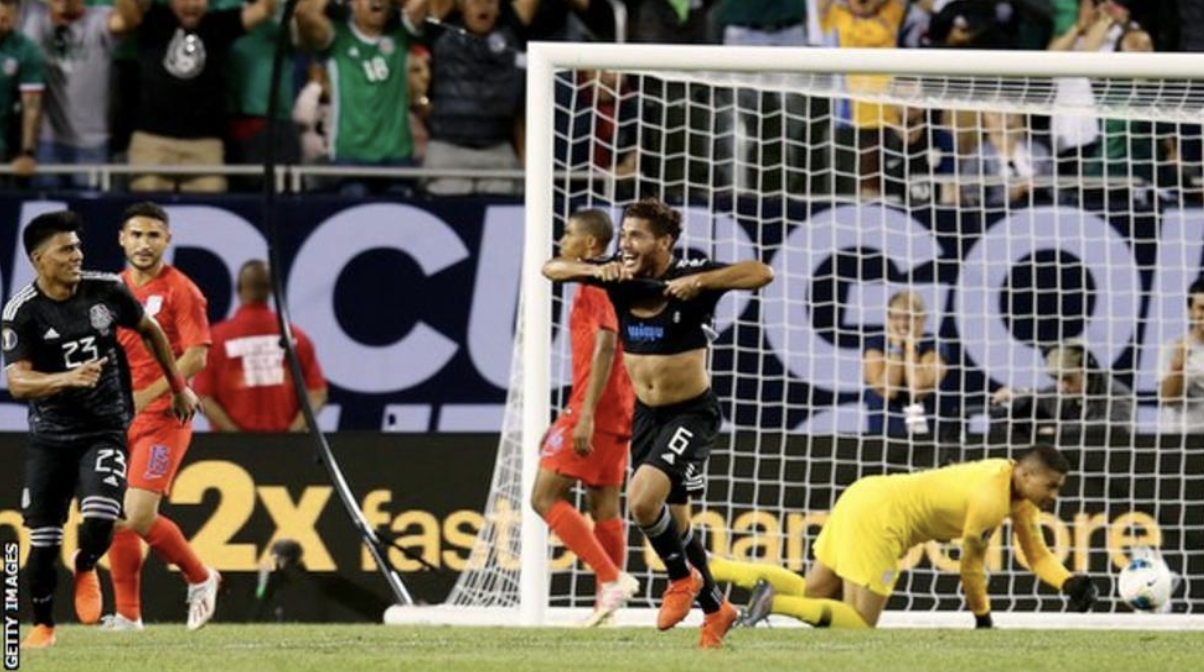 Dos Santos won the game with his third goal for Mexico since his debut in 2009.

“We did it and in an unforgettable setting. We’re very happy. The whole team was spectacular.”

Moments after new Chelsea signing Pulisic was denied in a frenetic opening, US striker Jozy Altidore fired wide when one-on-one with the goalkeeper.

Guardado headed a Jordan Morris effort off the line after half-time before Dos Santos produced the game’s decisive moment with a clinical left-foot finish.

The goal delivered Mexico their eighth success since the tournament was re-branded in 1991. 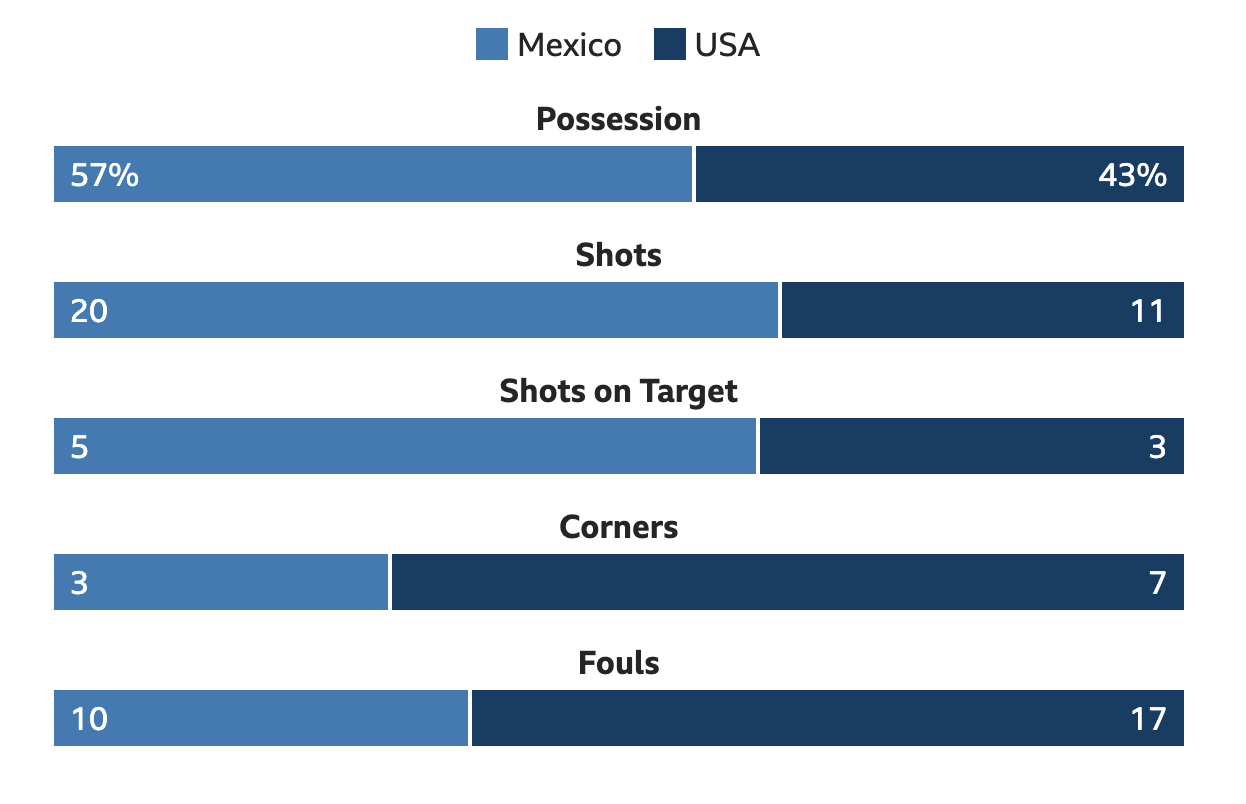