Lampard, one of the greatest players in our history during his long and illustrious career returns to Stamford Bridge having signed a three-year contract.

The 41-year-old said: ‘I am immensely proud to be returning to Chelsea as head coach. Everyone knows my love for this club and the history we have shared, however, my sole focus is on the job in hand and preparing for the season ahead. I am here to work hard, bring further success to the club and I cannot wait to get started.’

Chelsea director Marina Granovskaia (pictured above right) added: ‘It gives us great pleasure to welcome Frank back to Chelsea as head coach. Frank possesses fantastic knowledge and understanding of the club and last season, he demonstrated he is one of the most talented young coaches in the game.

‘After 13 years with us as a player, where he became a club legend and our record goalscorer, we believe this is the perfect time for him to return and are delighted he has done so. We will do everything we can to ensure he has all the support required to be a huge success.’ 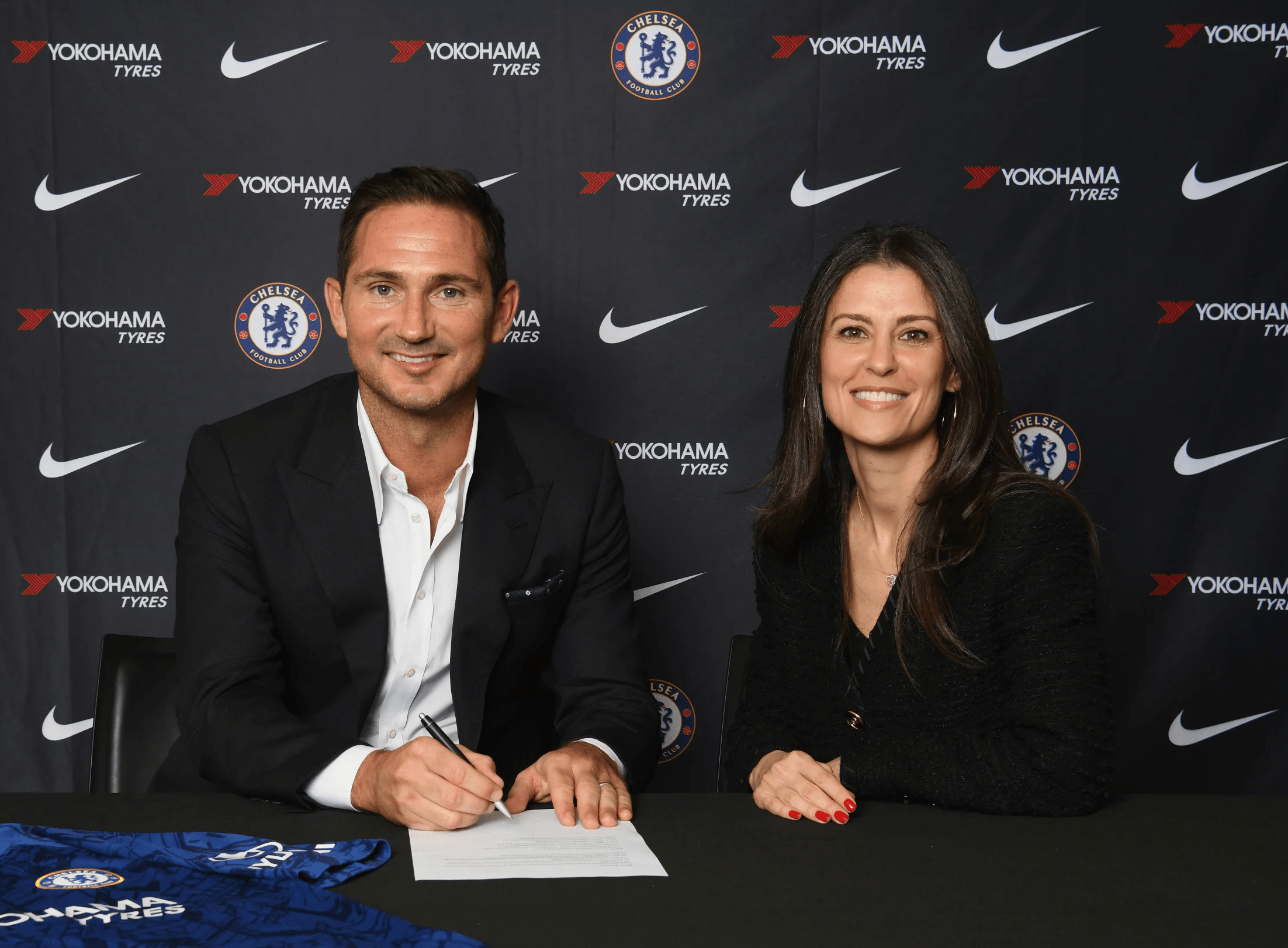 Lampard’s beloved status at Chelsea will surely buy him time if things get rough (Image: Getty)

Lampard’s brilliance was not just limited to the deluge of goals he netted over the years, nor was it confined to the significance of so many of those strikes. What really stands him out as one of the all-time greats was his extraordinary consistency.

Lampard learned from some of the best managers in the history of the sport during his trophy-laden 13 years at Chelsea when he blazed a trail. Only Ron Harris, Peter Bonetti and John Terry played more than his 648 games and Lampard famously leads our all-time scoring chart with 211 goals. His goal touch allied with all-round quality and fantastic stamina helped change the way football views the modern central midfield player.

Not surprisingly Lampard has a fantastic relationship with the Chelsea supporters, who voted him their Player of the Year three times and who have sung his name regularly since he left in 2014. Everyone at the club is excited to see him patrolling the Stamford Bridge touchlines and leading the quest for more silverware.

Lampard’s dedication to improvement, versatility and reading of the game was exemplary, and those assets bode well as he begins life in charge of an elite Premier League club he knows inside out.

He netted 20 or more goals for five consecutive seasons and according to Premier League statistics, he supplied the fourth-highest assists figure in the competition’s history. He also made a record-breaking 164 consecutive league appearances between 2001 and 2005, still the highest for an outfield player.

Through this unflinching commitment, he blossomed from the solid Premier League midfielder he was when he joined Chelsea in 2001 to become the runner-up in the FIFA World Player of the Year awards four years later. No such global recognition has been bestowed on any other Chelsea player, before or since.

Lampard left Stamford Bridge in 2014 having won three Premier League titles, four FA Cups, two League Cups, the Europa League and, of course, the Champions League. He is also the Blues player to have represented their country more than anyone else in our history. He retired from England duty with 106 caps and 29 goals to his name, hanging up his boots for good in February 2017 having left a remarkable legacy in the game as a player. We hope he will do likewise as a manager.