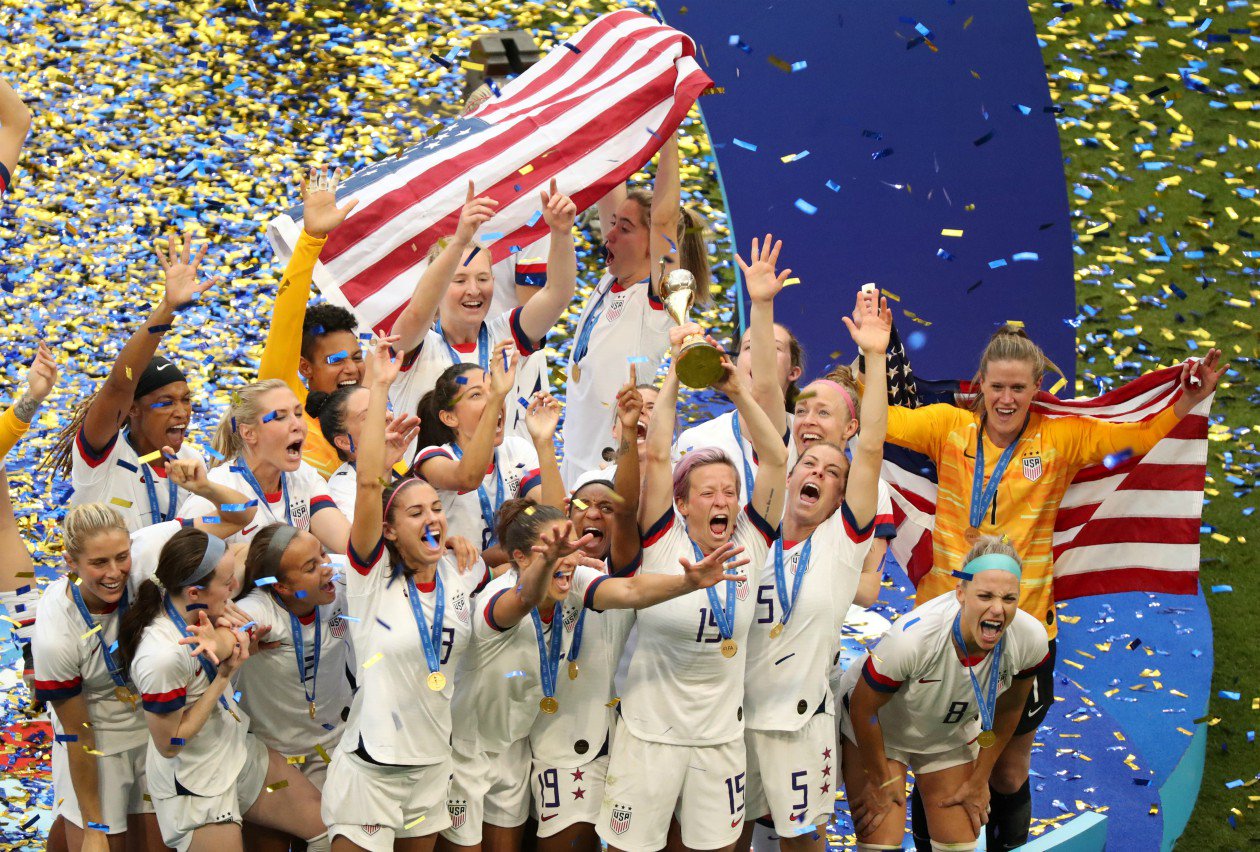 On Sunday, as the players danced and hugged amid confetti and celebration following a 2-0 victory over the Netherlands, they were handed new shirts made especially for the occasion.

The U.S. team has been the beacon for the women’s game, both on and off the field. But until this day, it had never won consecutive world crowns. Four years after lifting the trophy in Canada, the Americans retained the title by scoring twice in an eight-minute span of the second half. 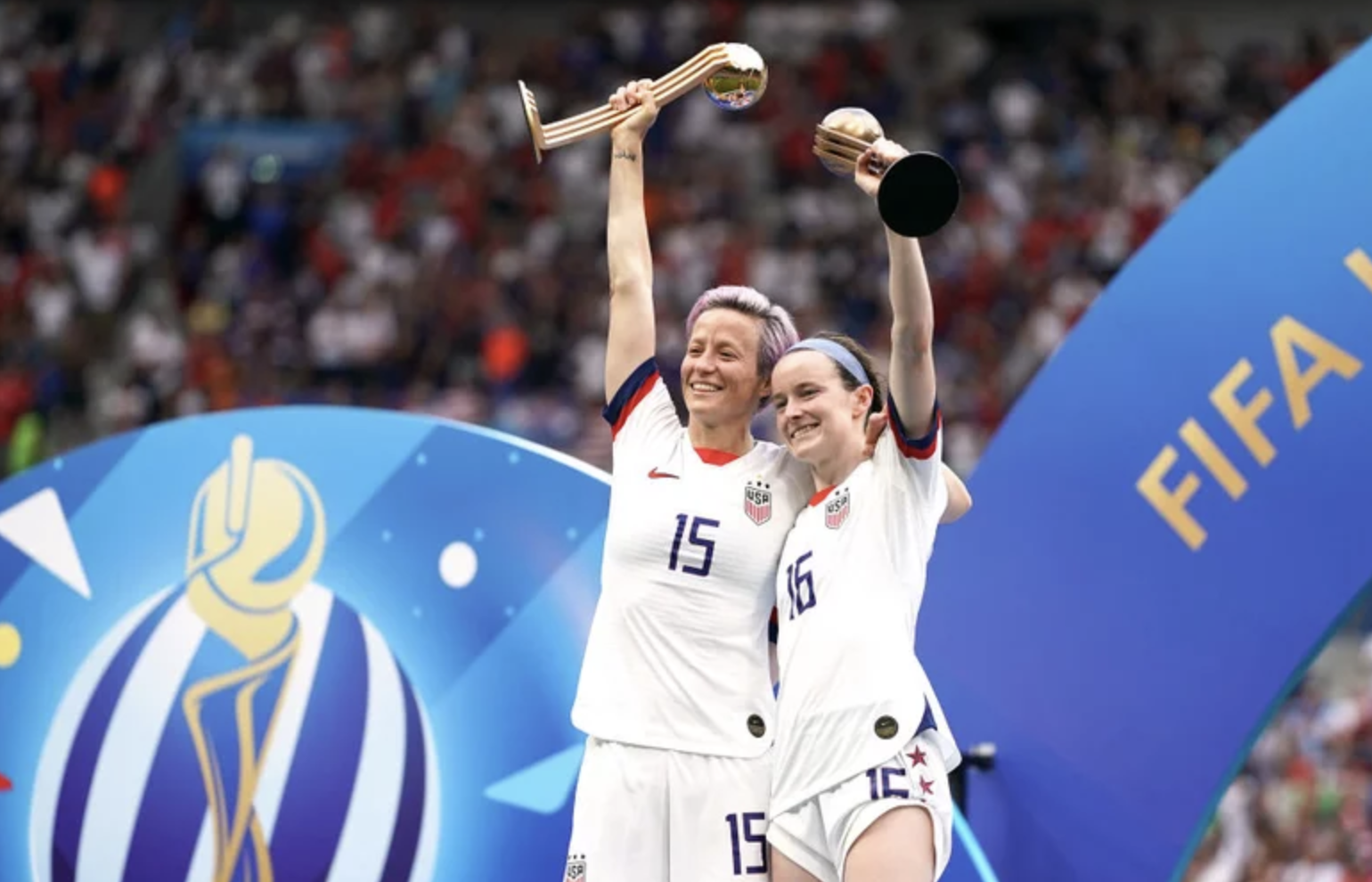 Returning from injury, Megan Rapinoe recorded her sixth goal ― tied with her teammate Morgan and England’s Ellen White for the tournament lead ― on a penalty kick in the 61st minute. Rose Lavelle, a breakout star from the Washington Spirit, scored a terrific goal in the 69th as the United States completed the tournament with seven victories in seven matches.

Rapinoe, an outspoken figure on issues ranging from politics to gender equality, won the Golden Ball as the tournament’s top player. “I am made for this. I love it,” she said. “To be able to couple it with everything off the field and to back up those words with performances, it’s just incredible. I feel like this team is changing the world around us.”

All the Records the 2019 U.S. Women’s Soccer Team Broke in This Year’s World Cup 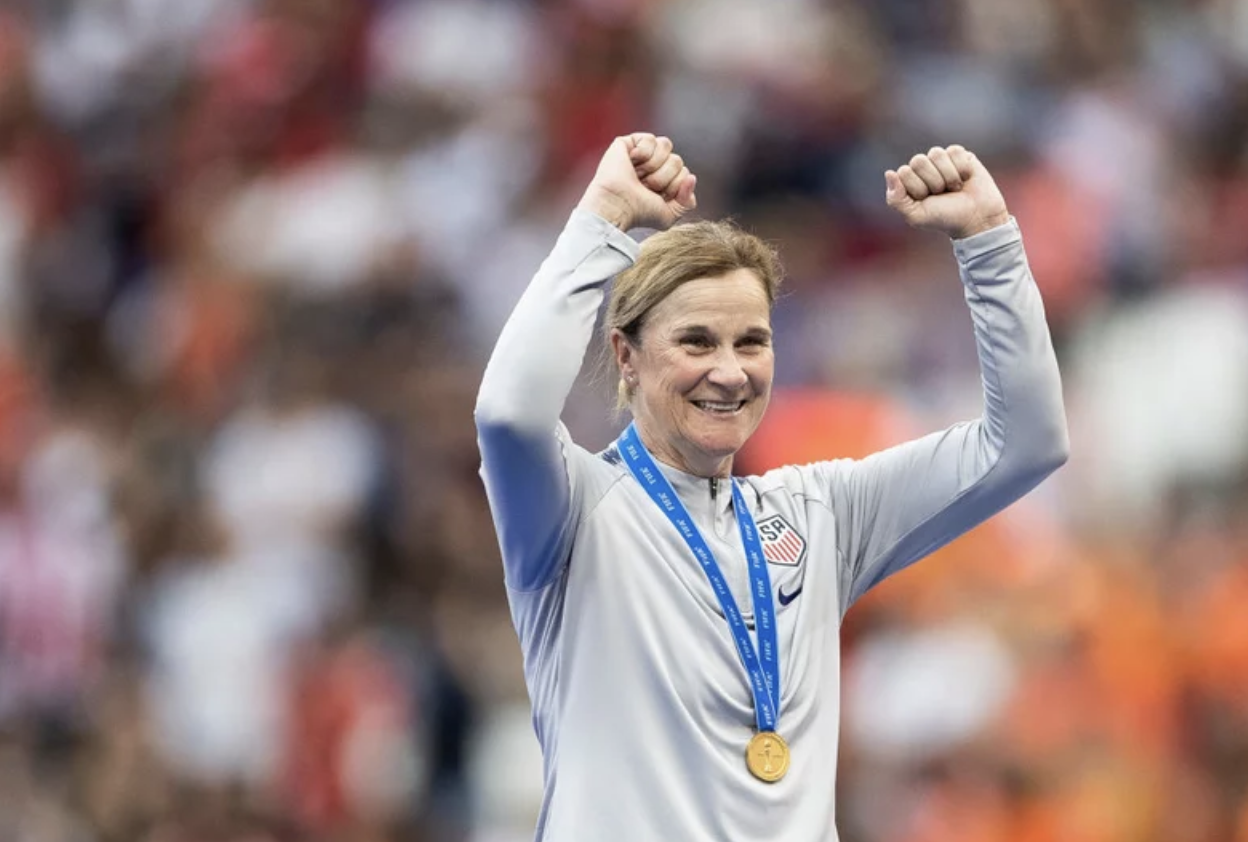 Jill Ellis, the coach for the USWNT, became the first women’s coach ever to win two World Cup titles in soccer history. This feat has only been achieved by Italy’s men’s coach, Vittorio Pozzo, in 1934 and 1938, CNN reports. In 2015, Ellis was named the FIFA World Coach of the Year. 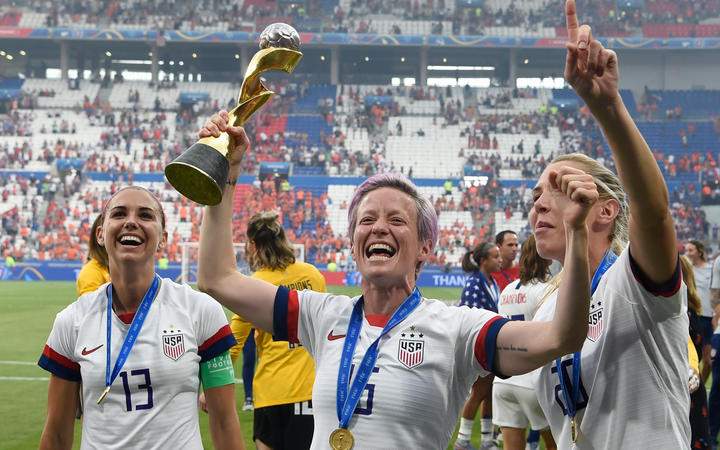 The USWNT’s victory breaks its own record for the most wins in the tournament’s history. The U.S. had already won three World Cup finals in 1991, 1999 and 2015. Now, with a fourth, Germany remains behind with two. Norway and Japan’s women’s teams also won the tournaments in 1995 and 2011, respectively.

4. Most goals in a FIFA Women’s World Cup tournament

With 26 goals, the USWNT now has the record for making the most goals in a Women’s World Cup tournament, according to ESPN. 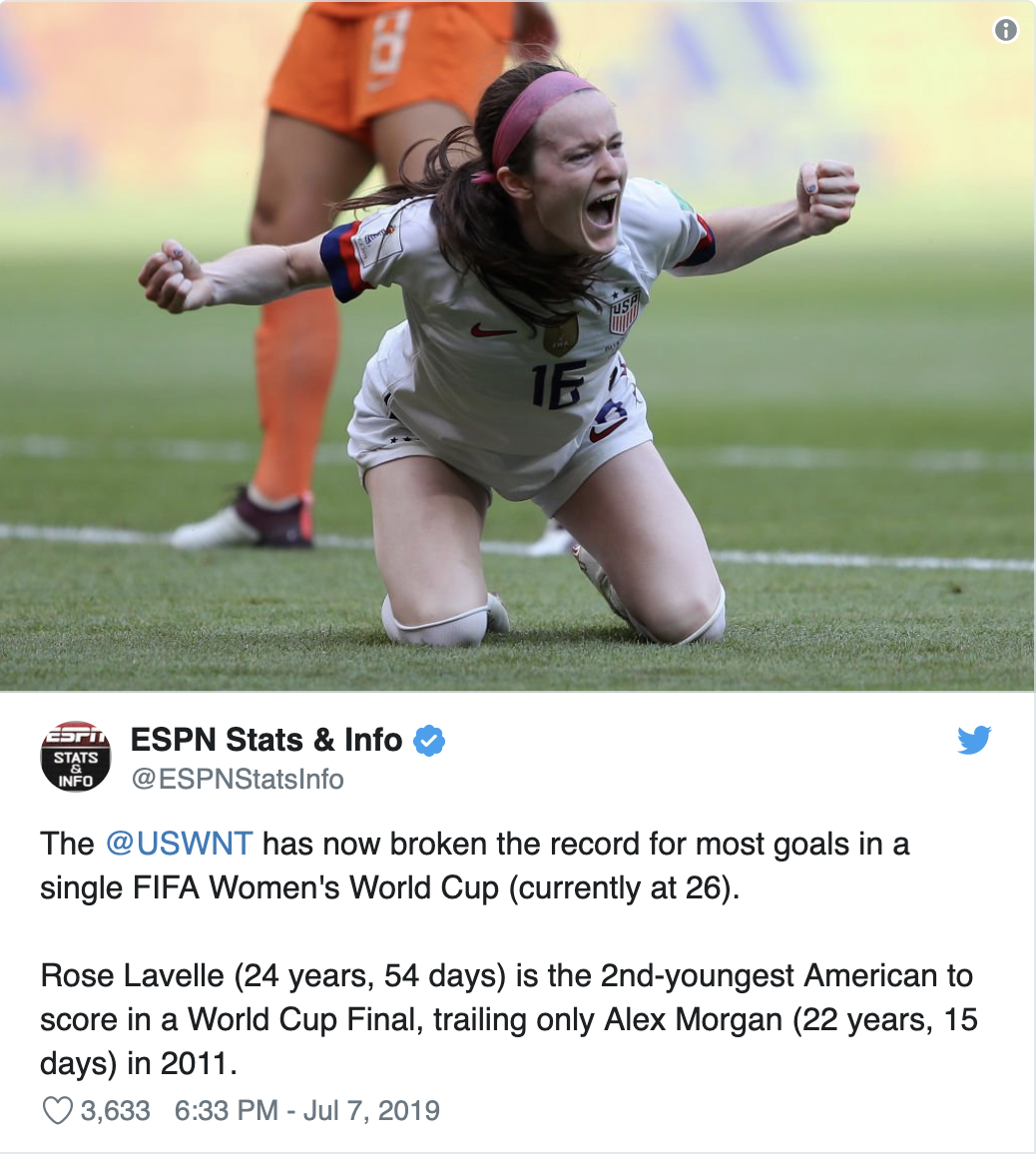 5. Most goals in a single Women’s World Cup match

The U.S. team started the World Cup off with a bang on June 11, defeating Thailand’s team 13-0. The group stage match in Reims, France, had the most goals in a single game in the World Cup, for both men and women. Some people criticized the team for taking such a big lead, but in a tournament in which goal differential matters, the U.S. didn’t lose its stride. 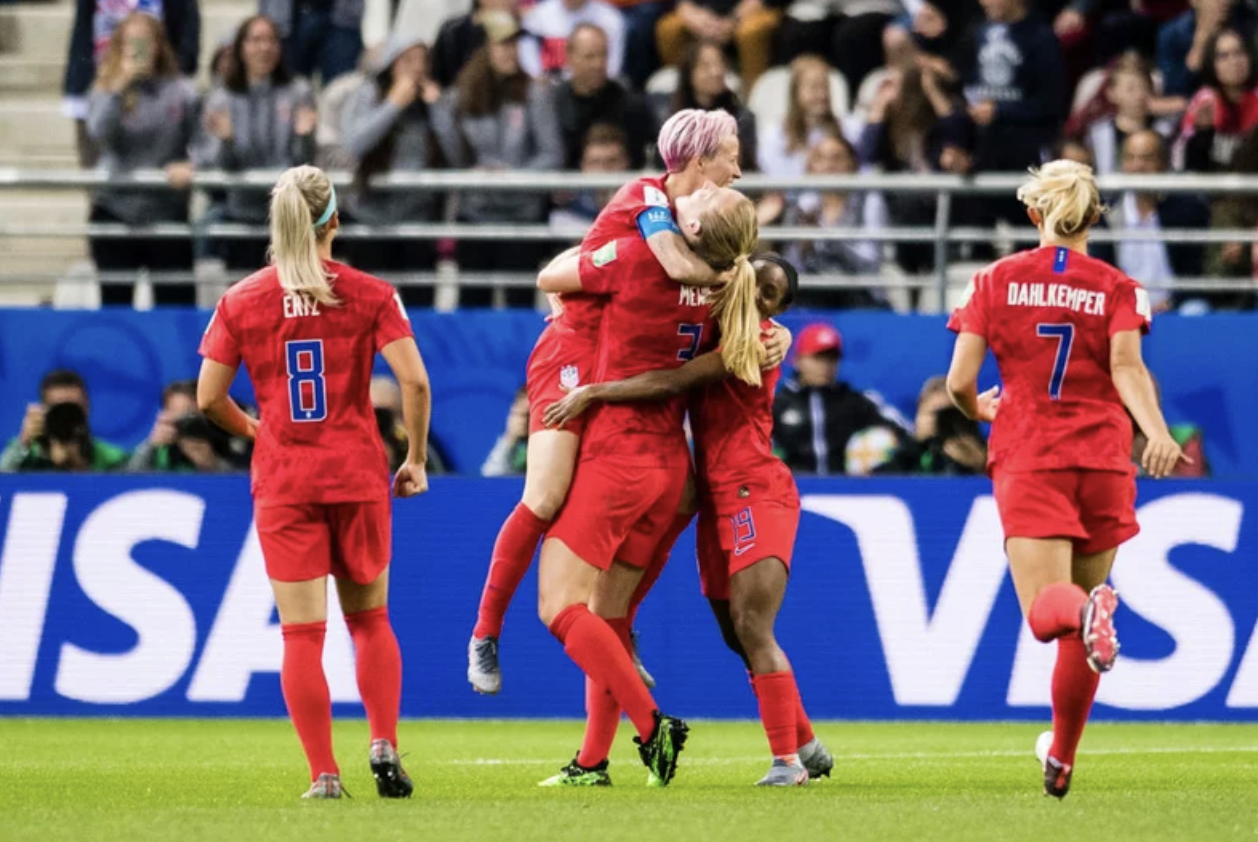 6. Highest margin of victory in one soccer match

That 13-0 defeat against Thailand was also the highest margin of victory in a single match — in both women’s and men’s World Cup soccer history. 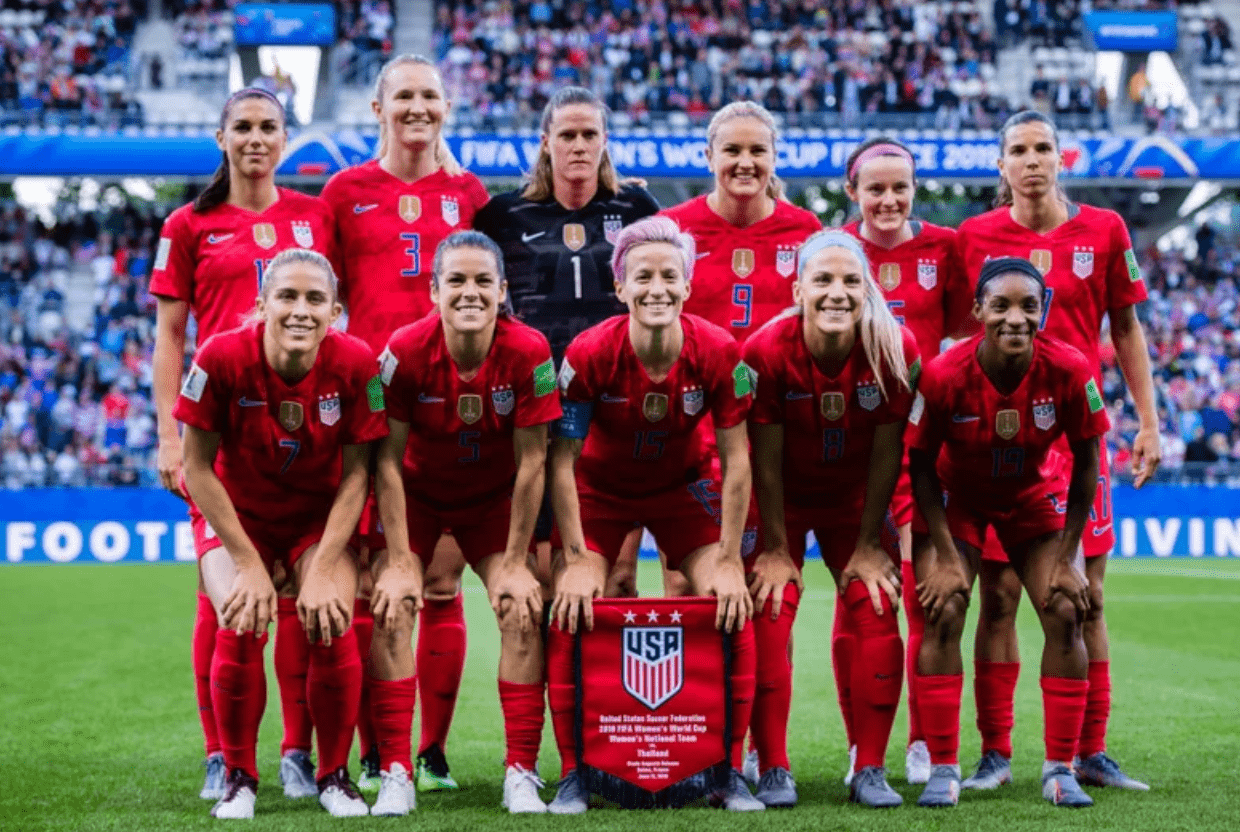 The record was previously held by Germany for beating Argentina 11-0 in a similar shutout in 2007.

The men’s side is pretty far behind with a record victory margin of only 9-0 — Yugoslavia and Hungary beat Zaire (the Democratic Republic of the Congo) and South Korea, respectively, by the same margin.

7. Alex Morgan scores the most goals in a single women’s game 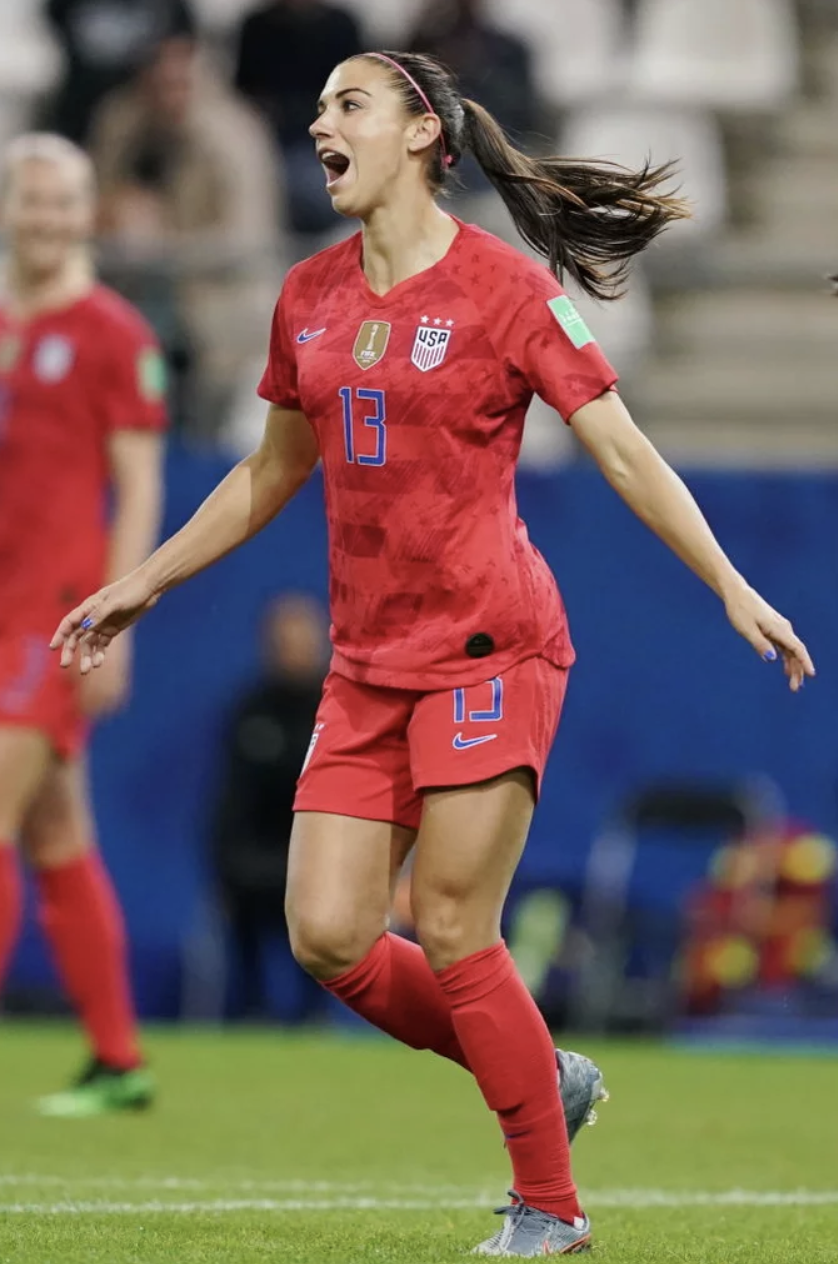 Co-captain Alex Morgan tied for the most individual goals in a single women’s World Cup game in the group stage match-up with Thailand. The forward scored five goals in the match, tying her with a record previously set by Michelle Akers, also a U.S. forward, in 1991.

A victory parade will take place Wednesday on the streets of Manhattan.