Neymar will not be able to celebrate the League with PSG . PSG will celebrate this weekend the title won by the French League after the match against Dijon. However, neither  Neymar nor Marquinhos , both penalized, can be on the pitch . For this reason the French Federation has warned that it will be severely punished if both players jump onto the pitch to celebrate the title. 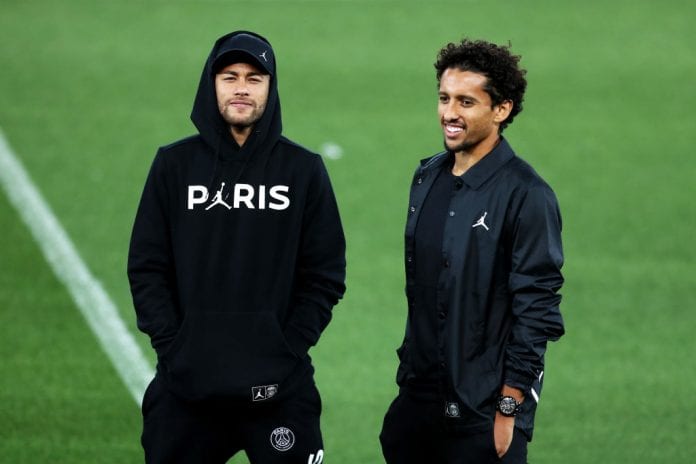 The regulation prevents a sanctioned player from gaining access to the pitch and that is what the federation reminded PSG, referring to article 4.1.2.of the disciplinary Regulation. The PSG tried to contact  the federation’s disciplinary commissions to find a way out, but could not find a satisfactory solution to their interests.

That means that Neymar and Marquinhos can not be in the trophy of champions.

Failure to comply with the regulation,  the PSG is exposed from being punished  with a high economic penalty or an increase in the penalty to the two players affected. At first it is expected that the party lasts half an hour and has also ruled out the possibility of a parade through the streets of Paris.