London and the Emirates stadium were ready for a European night of football, and Arsenal and Valencia did not want to disappoint the fans. Both teams offered a great show, with direct and vibrant football during the 90 plus minutes.

The game started really well for Valencia. Valencia’s coach Marcelino surprised everybody with the 6 defenders he put on the field at the beginning of the game. Arsenal’s squad did not know how to react and Valencia looked very confortable, stealing the ball with ease and creating chances with counterattacks. In the 9th minute Diakhaby jumped over the defenders to put the ball inside the net for the 0-1.

The initiative of the game did not change until Lacazette’s goal in the 18th minute. This goal gave Arsenal courage to start moving the ball with more confidence and the game switched to Valencia’s half field. Arsenal’s coach Emery figured out Valencia’s plan, and in the 26th minute Lacazette scored his second goal.

The second half was more of the same. Arsenal owned the posession of the ball and Valencia tried to counter attack to create goal opportunities. Lacazette had a chance to scored a hat trick, but he missed it. On the other half of the field, Valencia had  a couple of opportunities with Rodrigo and Guedes but they could not tie the game.

When it looked like the game was over and Valencia could have an easy come back at home, Aubameyang scored the the third goal.  This goal put Valencia in a difficult situation to come back, and put Arsenal on a sweet spot to go to the Europa League Final. 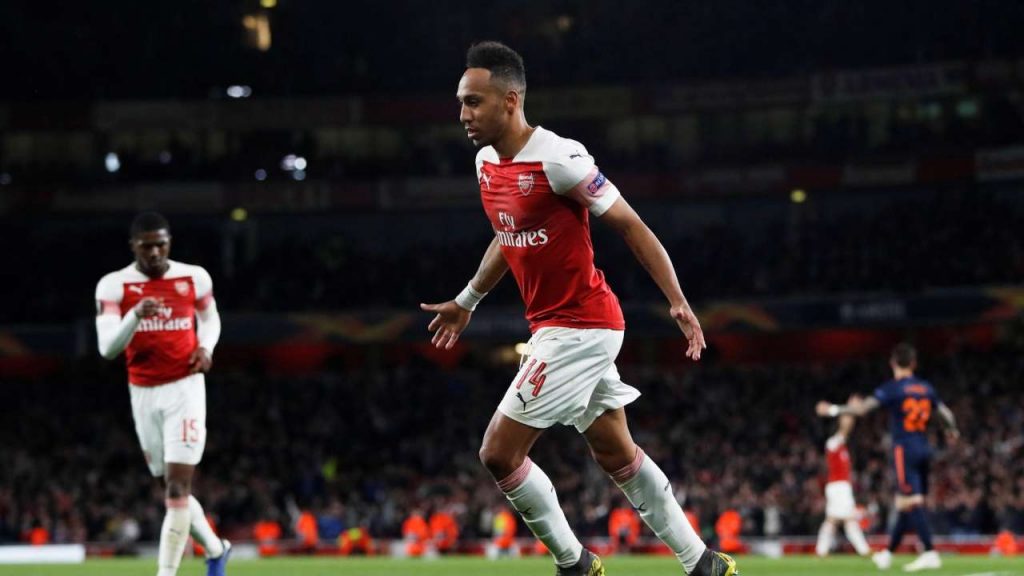