The goal came from the penalty spot 74 minutes into Tuesday’s group stage clash with Italy, which Brazil ended up winning 1-0 behind the Marta goal.

Marta stepped up and smashed her spot-kick into the bottom right-hand corner, giving Brazil a lead they would never relinquish while making a bit of history in the process.  Marta’s 17th goal was enough to lead her past German star Miroslav Klose, who scored 16 goals across four World Cups as a member of the German national team. 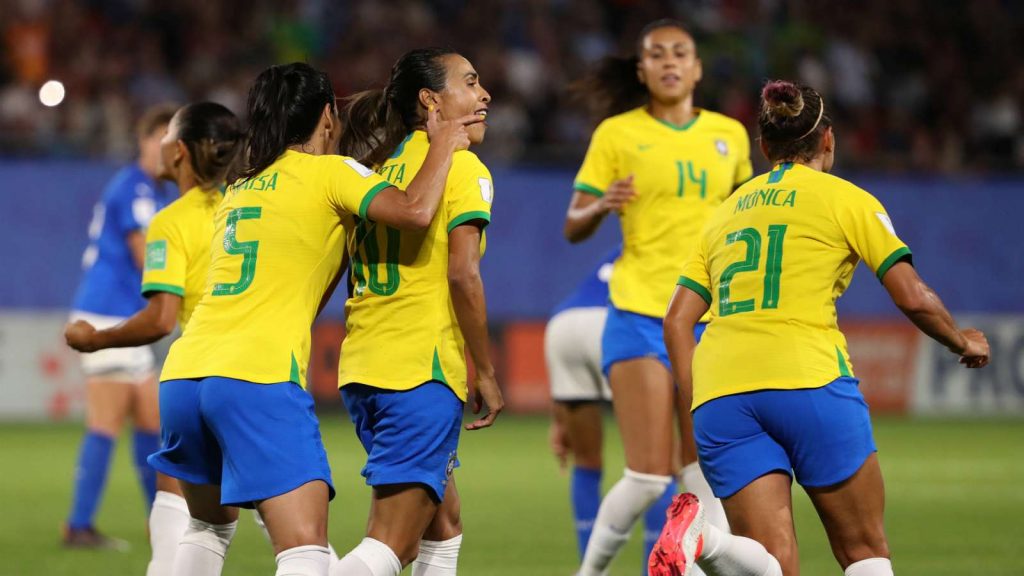 The 33-year-old forward, who is the only footballer to score at five different World Cup editions, has scored 112 total goals in 145 appearances for Brazil.

Marta scored three times at her first World Cup, the 2003 edition, before firing seven times at the 2007 competition, winning the Golden Shoe and Golden Ball as Brazil fell to Germany in the tournament finale.  She then scored four more times in the 2011 World Cup and once at the 2015 edition.

With Tuesday’s goal, Marta has scored twice in this year’s tournament, having also scored in a 3-2 loss to Australia in the country’s second group stage match.

Marta’s 17th finish puts even more space between her and Birgit Prinz and Abby Wambach on the women’s side, as both scored 14 goals during their international careers.

The forward is a six-time FIFA World Player of the Year and has helped lead Brazil to two Olympic silver medals in addition to that 2007 World Cup runners-up spot.

As a result, Brazil’s knockout round opponent has yet to be decided while Australia will face Norway and Italy will face the third-place team from Group A or B.